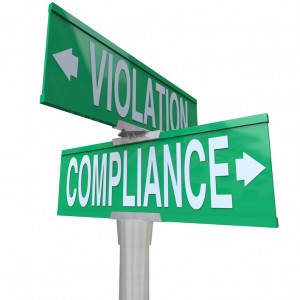 BMW North America has recently been issued a $40 million fine by regulators at the National Highway Traffic Safety Administration (NHTSA) for “a series of violations of the Motor Vehicle Safety Act and NHTSA regulations.”

According to the announcement regarding this penalty, BMW will required to pay $10 million in cash to federal regulators ASAP and to spend at least an additional $10 million to get in compliance. The remaining $20 million is considered to be “deferred penalties that will come due” in the event of noncompliance or additional MVS Act violations.

This is reportedly the second civil penalty federal regulators have issued BMW since 2012.

BMW has become the target of enforcement action because, as regulators have pointed out, the automaker:

NHTSA has discovered multiple instances in which BMW failed its obligations to its customers, to the public and to safety… The Consent Order NHTSA has issued not only penalizes this misconduct, it requires BMW to take a series of steps to remedy the practices and procedures that led to these violations.

Now, in addition to paying the NHTSA fines, BMW must also:

If you have been injured by faulty vehicle equipment or in a traffic accident, Beaverton Car Accident& Injury Attorney Linda Weimar is ready to aggressively advocate your rights both inside and outside of the courtroom.

To receive professional legal advice regarding your best options for financial recovery, call us at (503) 640-5000 or email us using the Contact form on this page to schedule a free initial consult with Attorney Linda Weimar.

From our offices in Beaverton, Attorney Linda Weimar represents people with various types of auto accident & personal injury claims throughout Washington County, including in West Side and Hillsboro.