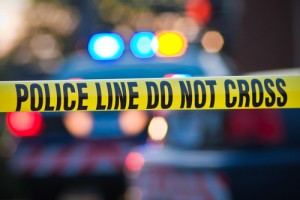 Portland Fire and Rescue crews and two Multnomah County Sheriff’s Office boats assisted in pulling a car out of the Columbia River near Northeast Portland on Thursday, February 18, 2016. One deceased victim was found by divers in the blue 2002 Honda Civic, according to a Portland Police Bureau news release.

The dramatic investigation  of this fatal auto accident started when North Precinct officers responded to a witness report claiming that a vehicle left the roadway and crashed into the Columbia River at the 15900 block of Northeast Marine Dr.

Unfortunately, the body found inside of the submerged vehicle slipped out as rescuers were recovering it from the Columbia River. Without the body to examine for evidence – and without additional witness testimony, there seems to be very little for authorities to go on at this point. However, the investigation remains open and ongoing.

A Look at Negligent Driving in Oregon: Was a Negligent Motorist to Blame?

Given that this fatal car accident seemed to only involve the vehicle that ended up in the Columbia River, there’s a significant possibility that some form of negligence on behalf of the deceased driver was a factor.

In general, negligent driving includes any motorist behavior that contributes to a disregard for driving rules and regulations and, consequently, increases the risk of a traffic crash. Some of the most common ways in which drivers can be negligent behind the wheel include by:

To see a visual breakdown of how often aggressive and negligent driving behaviors contribute to deadly traffic accidents, see this chart put together by federal transportation safety regulators.

Although the precise causes of this recent Columbia River car wreck may never be known, perhaps, the most important takeaways for drivers are that:

If you have been injured in a car accident – or if you have lost a loved one in a fatal traffic crash, contact Beaverton Auto Accident Attorney Linda Weimar to receive professional advice regarding your best options for justice and financial recovery. You can contact her by calling (503) 640-5000 or by sending her an email using the Contact form on this page.