In fact, these two NHTSA impaired driving studies generally found that, while drunk driving seems to be on the decline in the U.S., motorists’ use of marijuana and prescription drugs has been “increasingly prominent on the highways.”

Impaired Driving in the U.S.: Findings Regarding Drunk Driving 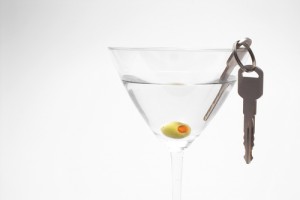 Two NHTSA impaired driving studies have reported some remarkable trends in drunk driving and drugged driving in the U.S. Here’s a closer look at the findings.

The NHTSA impaired driving study that focused on drunk driving was the most recent version of the Administration’s Roadside Survey of Alcohol and Drug Use by Drivers, which has been conducted since 1973. This impaired driving study was conducted as a voluntary, anonymous survey, in which motorists were notified of survey sites and volunteered to submit to data to researchers.

This impaired driving study found that:

America made drunk driving a national issue and while there is no victory as long as a single American dies in an alcohol-related crash, a one-third reduction in alcohol use over just seven years shows how a focused effort and cooperation among the federal government, states and communities, law enforcement, safety advocates and industry can make an enormous difference.

For the findings of the NHTSA’s impaired driving study focused on drugged driving, be sure to check out the upcoming conclusion to this blog.

If you have been injured in a traffic accident, Beaverton Motor Vehicle Accident Attorney Linda Weimar is ready to aggressively advocate your rights both inside and outside of the courtroom. Since 1997, Attorney Linda Weimar has been dedicated to providing the highest quality legal services to injured people and to holding negligent parties accountable for their careless and reckless behaviors.