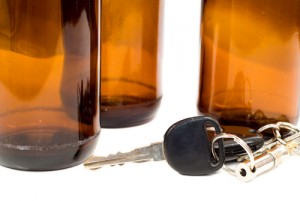 A new app developed by the National Highway Transportation Safety Administration (NHTSA) to help impaired drivers get home safely may have enjoyed little fanfare since it was introduced last December in the middle of the holiday season.

For that very reason, Oregon safety officials are relaunching SaferRide, a mobile app dedicated to pairing impaired motorists up with a taxi or friends when driving is not a safe option.

Local authorities across Oregon are now distributing posters and brochures, along with setting up informational booths at places like bars, clubs, pubs, and restaurants, to get the word out about SaferRide.

“In Portland alone, impairment is a factor in approximately 60 percent of fatal crashes,” said Dan Estes, DUII Program manager for Oregon Department of Transportation (ODOT) in a press release. “This app easily and simply helps someone who is impaired get a ride or summon friends and do what it takes to get home safely. This app can accomplish a lot and people need to know it’s available.”

On average, Oregon has roughly 130 alcohol-related traffic deaths per year, according to ODOT. Impaired driving includes:

Between 2003 and 2012, approximately 1,232 people were killed in alcohol-related car accidents in Oregon, according to the Centers for Disease Control and Prevention (CDC). That CDC study also revealed that males were almost three times more likely to be involved in a fatal car accident involving a drunk driver than female drivers.

Beyond the App: Other Strategies to Prevent Drunk Driving

While the DUI prevention app relaunched by ODOT may be helpful in preventing impaired driving in Oregon, lawmakers are focused on enhancing the penalties for impaired driving. In fact, in Oregon, motorists who have a blood alcohol content (BAC) of 0.08 percent or higher (i.e. those who are legally considered to be impaired) can be subjected to the following penalties as part of authorities efforts to deter impaired driving:

Additionally, Oregon authorities run various other anti-impaired driving activities, programs and events, only some of which include:

If you’ve been injured in a car accident involving an impaired motorist, contact Beaverton Car Accident Attorney Linda Weimar at (503) 640-5000 or via email us using the Contact form on this page to find out more about your options for recovery and justice.