While some states have already enacted bans that prohibit truck drivers from using cellphones when driving, the Federal Motor Carrier Safety Administration (FMCSA) has recently made such bans part of the federal regulations for truckers. As of the end of March 2014, the new FMCSA rule no longer allows commercial truck drivers to use handheld cellphones – or any handheld mobile device – to make phone calls, text, check emails or access the Internet while they are driving. 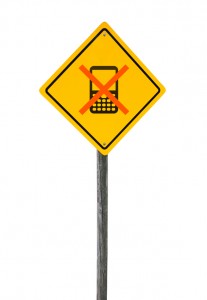 A new FMCSA rule has officially banned truck drivers from using handheld devices to make phone calls, text, check emails or access the Internet while they are driving.

This new FMCSA rule banning handheld devices for truckers is meant to bolster ongoing efforts to limit truck drivers’ distractions and, hopefully, reduce the number of truck accidents that occur in the U.S. each year.

Specifics of the FMCSA Ban

According to the new FMCSA ban on the use of handheld devices for truckers, truck drivers are specifically prohibited from:

With this new rule in place, truck drivers are only allowed to make and receive phone calls using one-touch systems (i.e., systems that require them to only push one button) and voice-activated systems. The bottom line with this new rule is that truck drivers can’t hold mobile devices and they must keep as much of their focus as possible on the task of driving.

Violating this ban can result in truck drivers being fined as much as $2,750 per violation. If truckers are found to have more than one violation of this FMCSA ban on handheld mobile devices, they could face suspensions – or even the revocation – of their commercial drivers’ licenses.

Additionally, the employers of these truckers can also face some serious penalties if their drivers violate this FMCSA ban. While an initial violation can result in fines of up to $11,000 for a trucking company, multiple violations can lead to the harshest possible impacts being brought upon the motor carrier’s safety record.

If you have been injured in a truck accident, contact Beaverton Truck Accident Attorney Linda Weimar. Since 1997, Attorney Linda Weimar has been dedicated to providing the highest quality legal services to injured people and to holding negligent parties accountable for their careless and reckless behaviors.

When injured people choose to work with Beaverton Truck Accident Lawyer Linda Weimar, they can rest assured that their important legal matters will be handled by an experienced, dedicated and skilled professional who will do what it takes to obtain the best possible resolution to their case in the most efficient manner possible.