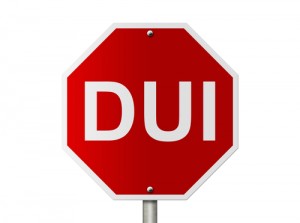 With the support of the Oregon Department of Transportation (ODOT), Governor Kate Brown has once again designated December as being Drinking & Drugged Driving Awareness Month, or 3D month, according to transportation safety officials.

The focus of this month-long campaign is to remind motorists of the dangers of impaired driving, as well as that:

Explaining the importance of this anti-impaired driving campaign, Gov. Brown has noted that:

Residents and communities in Oregon need to continue to demand that friends and family members be responsible, avoid driving under the influence of any intoxicants, and condemn irresponsible and life-threatening driving choices.

Just because something is prescribed by a doctor or purchased legally like cold medicine doesn’t mean that it can’t cause a serious impairment or won’t earn someone a DUI arrest if they choose to drive impaired… It’s not about the substance; it’s really about the impairment…When a person makes the right choice in the very beginning, before they ever get behind the wheel, that’s the most effective way to prevent impaired driving, before it ever starts.

If you will be driving throughout the remainder of 2015 – including over the holidays, here are some important safety tips from ODOT that can reduce your risk of an impaired driving crash:

If you have been injured by an impaired driver – or if you have lost a loved one in a fatal traffic accident, it’s time to contact Beaverton Car Accident Attorney Linda Weimar.

Since 1997, Attorney Linda Weimar has been dedicated to providing the highest quality legal services to injured people to help them with their financial recovery.

To receive professional legal advice regarding your best options for financial recovery, call us at (503) 640-5000 or email us using the Contact form on this page to schedule a free initial consult with Attorney Linda Weimar.